An amazing park for families and children.

OCEAN WORLD is an indoor park of about 4500 square meters for families and children, reproducing an underwater world with seven themed attractions and one restaurant.

THE AQUARIUM PIT, with 6 circular tanks of 2.5 m in diameter, offers a superb 360 ° for a completely unobstructed view. Visitors can turn around and follow the evolution of fish and shellfish.

SCRATCH STONES is a discovery of minerals in a cave filled with colored gemstones. This is a wonderful carpet of pink quartz, tiger eyes stones…. the start of a collection.

FLYING FISH is a flat ride at the center of OCEAN WORLD. It is composed of a central axis of rotation to which are attached 14 arms supporting subjects shaped like fishes and turtles. They can be ordered to go up or down through a control lever.

JELLYFISH SWING attractions are fairground rides  in which the chairs are suspended from the rotating top of the carousels. The centrifugal force makes flying chairs and carrying passengers in the air. The attraction is themed as 3 jellyfish floating with their arms.

CRAB CONTEST is an attraction which is composed of two platforms swirling in two opposite direction upon which gondolas are circulating from one to the other of the two platforms and based on a traffic on a 8-shaped track.

The NEMO SUBMARINE is a flat ride-type attraction consisting of a gondola running on a U-shaped rail and whirling on itself.

OCEAN WORLD are free-fall towers for children. The attractions are surrounded by a shoal of fish circling around. Two rotating mobiles in suspension turn on each opposite side and give a magic experience in a place themed as the Great Barrier Reef.

Our indoor OCEAN WORLD park offers children unforgettable sensations with the attractions, but most of all they discover with the aquariums the most sophisticated life in the sea associated with the knowledge of the mineral world. A unique adventure to spend with family for the greatest happiness of all. 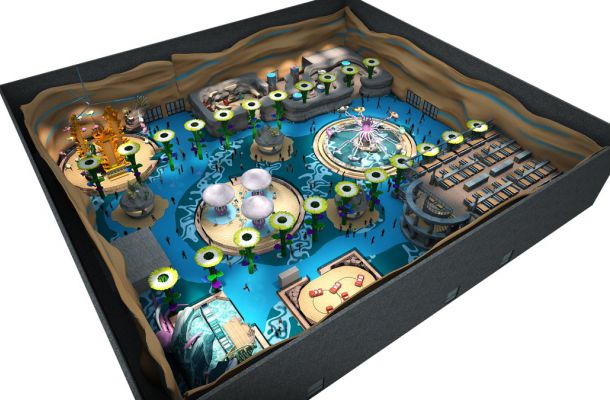 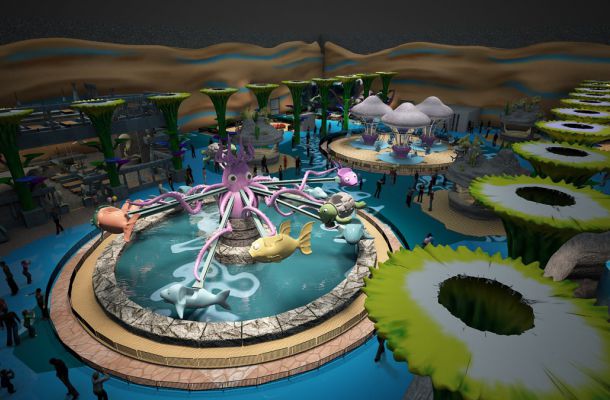 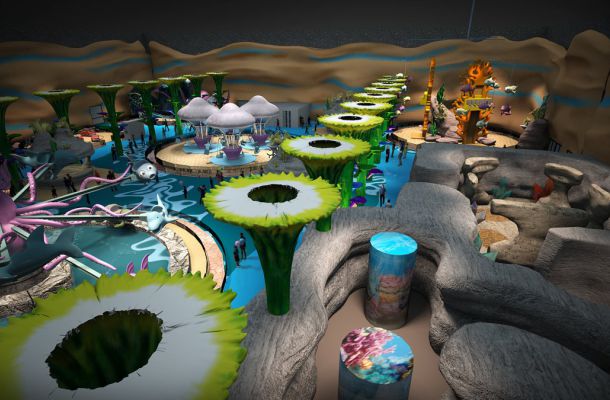 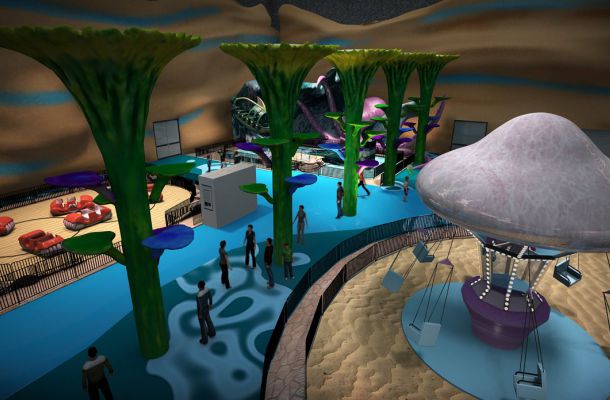 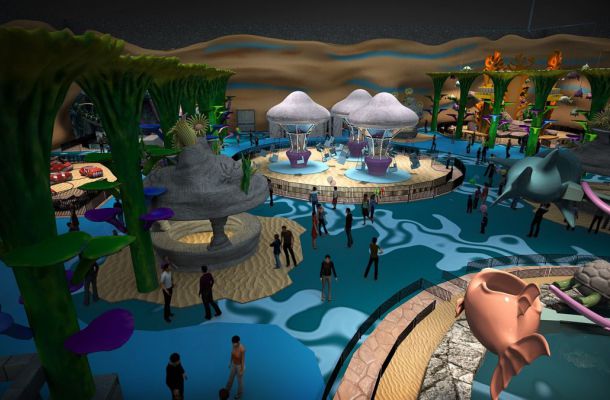 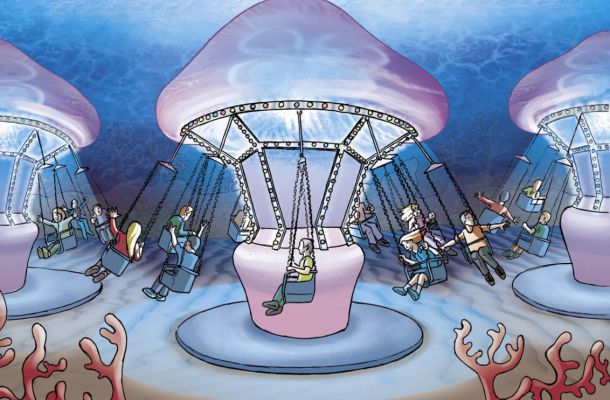 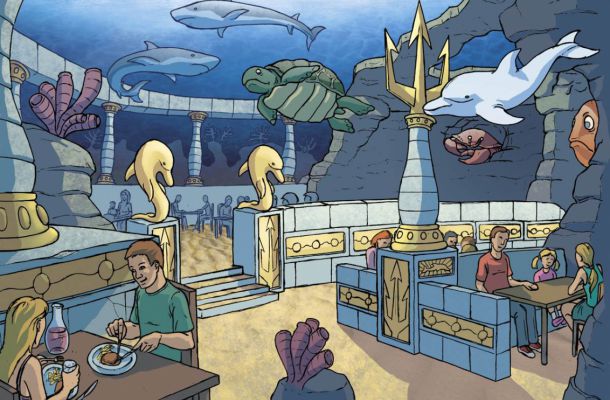 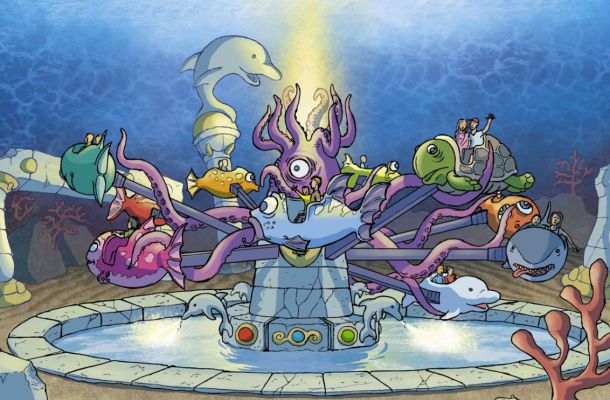 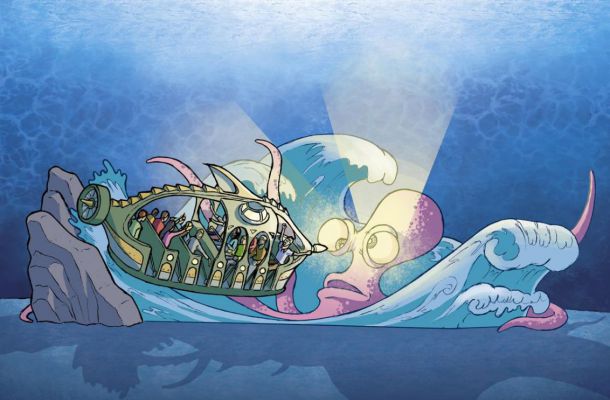